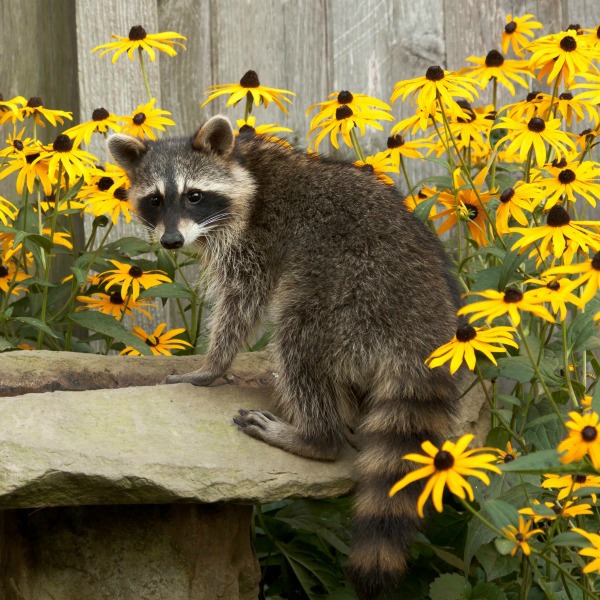 This time of year, I have one goal in mind. A thick slice of Apple Pie topped with vanilla ice cream, and the whole thing absolutely buried under whipped cream that has been sweetened with sugar and vanilla. Anything that gets between me and my goal makes me even more tenacious about outwitting garden pests.

Animals in all sizes and shapes seem determined to separate me from that soul-satisfying bite of pure happiness. And I am just as resolute in my plan to have plenty of fresh, home-grown fruit for myself and my family.

To a “critter,” the entire universe is a salad bar. They don’t mind cutting in to the head of the line. They will eat the leaves, the buds, the luscious fruit, and if they get hungry enough, they’ll eat the entire tree. Generations of my family have had to deal with this problem, and we’ve come up with some pretty imaginative ways to handle it.

My Grandma’s orchard contained at least five different kinds of apples, three varieties of plums, and both sweet and tart (pie) cherries, and she had to fight the wildlife for every last one of them. She would often come flying out of that screen door, a pie tin in one hand and a big spoon in the other, beating vigorously and using some very heartfelt language (in German).

Like her, I have spent decades pondering ways to deal with garden pests such as marauding deer, raccoons, and covetous humans who can’t keep their hands to themselves. Birds and other wildlife are very persistent. You can shoo them off, and they’ll just wait till you’re sick of watching for them, then creep back into the garden after it gets dark. 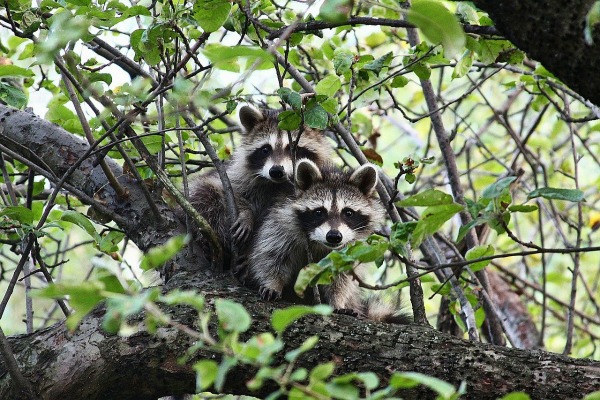 The raccoons moved in on my nectarine tree as soon as it was large enough to start bearing fruit. I caught one in the act. The little opportunist sat high on his limb and hissed and chattered at me. The ground was littered with heaps of nectarine pits. I was inconsolable.

The following year when the fruit was nearly ripe, I bought a container of a sticky insect barrier called “Tanglefoot” and doctored it up with lots of excruciatingly hot chili peppers. I painted it all over the trunk of the nectarine tree and the lower limbs. Coons are fastidious, often washing their food before eating it and licking their paws like a cat. A mouthful of hot chili will make them sit right down and cry. Revenge is sweet!

This worked fine until the raccoons discovered they could jump from the apple tree to the nectarine tree. I had them planted too close together. My situation had to be dealt with harshly. (I sure do miss that tree!) 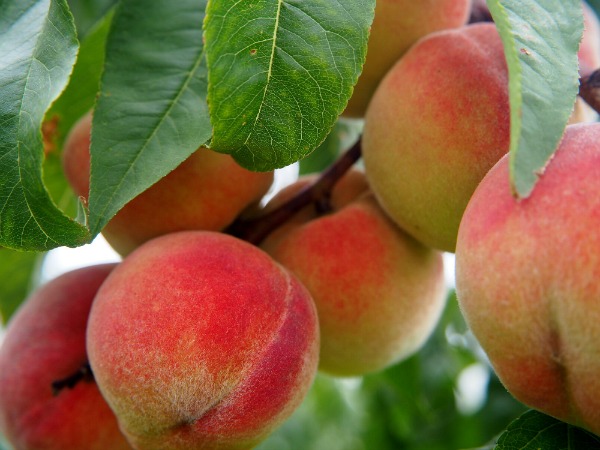 Birds are attracted to the color red. I often hear them in the trees cussing at me while I pick berries. They seem to think they own them. I love bird watching, but draw the line at sharing fruit with them.

Strawberries seem to ripen at the same time some birds are hatching and raising their young, and they feed their babies on the bright red fruit. A bird will often ruin a berry by taking one bite out of it, then move on to another. Toss imperfect strawberries in a pile out onto the lawn. Birds will spot them and eat those first, which might allow you time to pick the perfect fruits for yourself.

Some garden pests must be dealt with harshly. Knock down the nests as they are being built so the bird will have to go elsewhere to lay its eggs. If a nest is being built so high up in a tree that you can’t reach it, go buy an air horn on the internet. People use them all the time to stop their neighbor’s dogs from barking. The more expensive ones are the loudest and last the longest. If the air horn is loud enough to make you flinch, you know it will be effective. 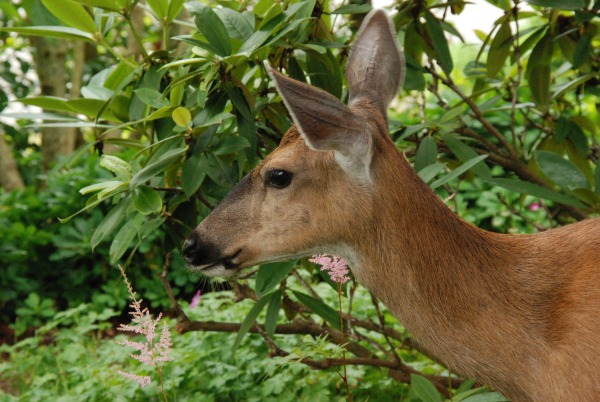 If you make it uncomfortable enough for the bird, it might leave and build its nest elsewhere. Take pity on your poor neighbors if you have any living nearby. Waking someone up from a nap is no way to maintain a friendship.

An air horn also works well on other wildlife. Hold the screen door open with your foot, stick one arm out, and give the air horn a blast. This is much easier on you than chasing a deer halfway across the back yard, waving your arms, and shouting. Deer use my yard like a freeway. They always look so astonished when they see me, as though I’m the one who really shouldn’t be there. Unfortunately, deer also like fruit.

Picking strawberries is a relaxing endeavor. Relaxing, that is, until a sudden interruption occurs. Snakes like blackberries and other berries, so watch your step and where you put your hands. When I hear a full throated scream from the berry patch next door, I don’t need to wonder what has happened. 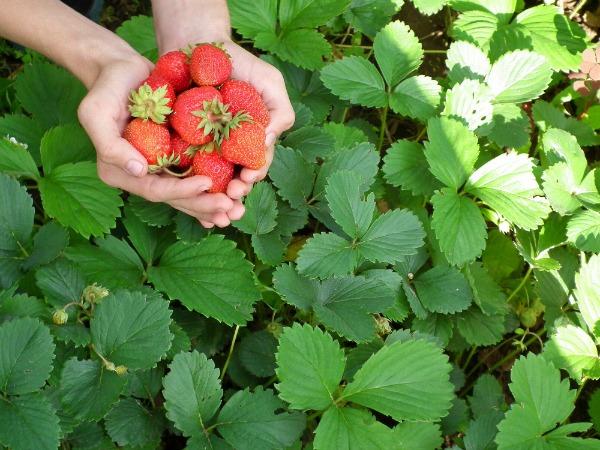 It’s a good idea to stomp your feet when you enter the thickets since sound travels well through earth. Walk slowly. If they hear you coming, with any luck they will leave. They usually don’t want a confrontation any more than you do. Usually.

Years back, my Mother happened upon a very large, non-poisonous snake by the side of her house. It was unhappy to be disturbed and wasn’t about to retreat. Neither was my Mother who was born and raised a farm girl. She usually dealt with snakes by hitting them on the head with a shovel or a hoe, but all she had with her at the time was a spray bottle of Hot Pepper Wax that she had intended to use to keep deer from eating her hostas. 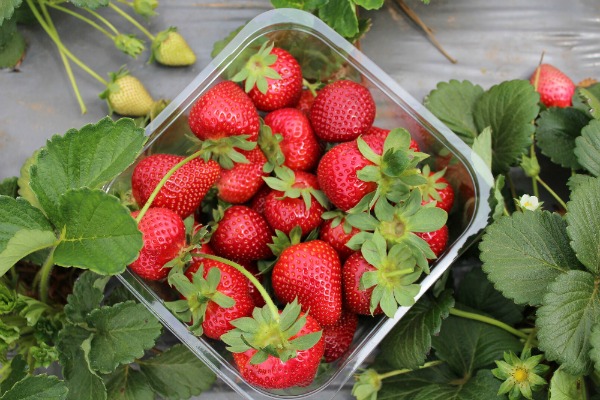 She sprayed the potent mixture all over the body and head of the aggressive creature and into its mouth, and kept spraying till it started writhing as the fiery peppers kicked in. It headed in the direction of the nearby reservoir. She assumed it had come from there.

Sadly, I did not inherit her hutzpah. Since I don’t run as good as I used to, I had to find an easy to carry alternative to the hot peppers. I find that a long, loud blast of sound from an air horn will usually make these unwanted visitors leave. Usually.

NOTE:  Mothballs and moth crystals are a snake deterrent. It confuses their sense of smell. Fill old panty hose with mothballs and hang them here and there in the berry patch.