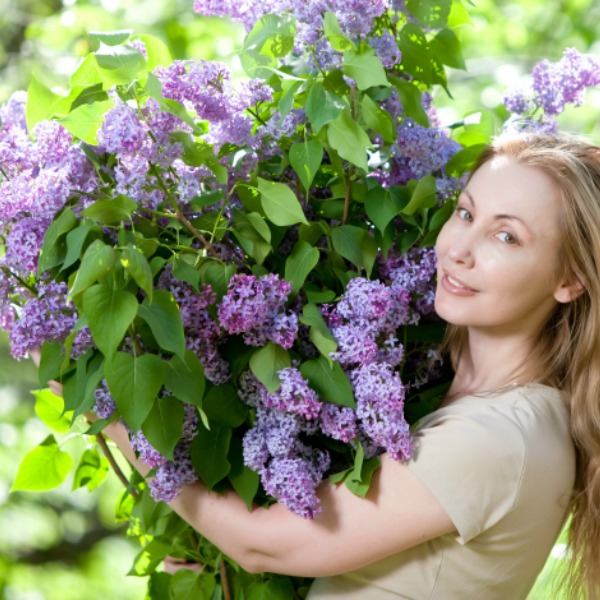 THE GLORY OF SPRING FLOWERING SHRUBS

The Glory of Spring Flowering Shrubs comes in an infinite variety. Early each Spring, I watch (longingly) for the daffodils and tulips to start pumping out blooms. Flowering shrubs generally start to bloom at about the same time, and bringing enormous bouquets into the house is something I tend to overdo.

Perfume is not limited just to Roses. Flowering bushes can have a powerful fragrance that is long-lasting in the vase. I can never get enough of the scent of Lilacs. I could spend the entire season with my nose buried in a vase full of them. White Lilacs seem to have a stronger scent than the purple varieties.

Lilacs are long-lived, but sooner or later they’ll start to look straggly, and flower production will falter. If a Lilac bush begins to die, there is an easy way to remove it so you can plant something else in its place. Cut the bush off as near to ground level as possible. Keep the new growth that keeps popping up trimmed off to hasten its demise. Use small flags to mark the exposed roots so you won’t forget and hit them with the lawn mower or trip over them.

If you live in one of the northern states as I do, if you wait a few seasons, the winter snow and rain (freezing and thawing) will make the roots rot. You can then just grab ahold and give them a twist and they pop right out of the ground. Lilac roots grow halfway down to China, so digging them out is a job worth avoiding. 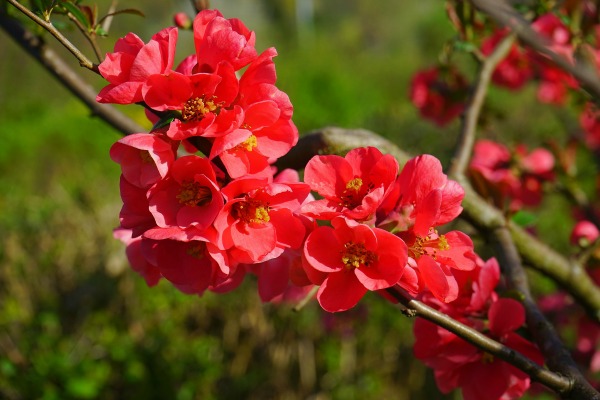 My deep red Japanese Flowering Quince bush that is such a show-stopper in the Spring produced a few pieces of fruit one season. This is rare. The fruit of Quince Trees tastes like pineapple and makes wonderful jelly and marmalade. Flowering Quince bush fruits are said to be edible, so I was pretty excited. Did you know that “edible” and “scrumptious” are not the same thing? I’ll just continue to get my pineapple from the store, or plant a real Quince Tree.

These shrubs are very thorny, and the thorns are sometimes hard to spot. Use caution when weeding around them so you don’t get poked in the eye. These plants have no scent, but the color is easy to see, even from the distance. I would not want to have a garden without this beautiful plant. 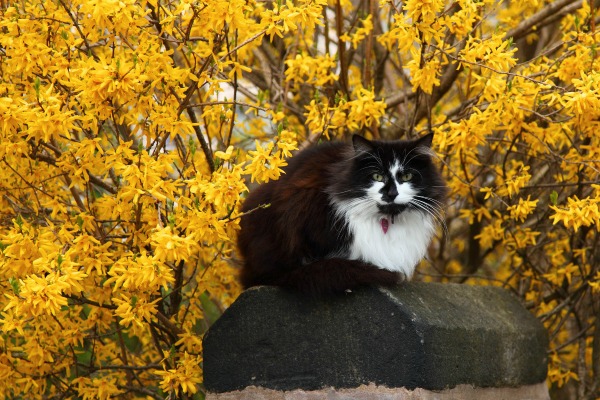 My Forsythia bush is an ancient variety. My neighbors can see it from a quarter mile away, and watch for it to bloom every year in the Spring. (I presume they use field glasses.) Sometimes my bush blooms poorly in the Spring, then really lets loose in the Fall. When it does bloom heavily late in the year, the foliage always turns a deep bronze, which is a nice combination with the yellow flowers. There is no scent. You can cut the sprays in January and February, bring them into the house, and put them in a vase of water. The branches will then be forced to bloom. Nothing says “HAPPY” any better than a vase full of yellow Forsythia when there’s a foot of snow on the ground.

Shrubs are very challenging to prune since it often entails climbing into the middle of the thing to remove a sapling tree. Birds and squirrels deposit nuts and seeds in the most inconvenient places where they like to hide among the branches till they become enormous. Any thought I might have had of planting a long row of flowering shrubs was set aside the first time I had to remove a young walnut tree from the middle of a Lilac bush. And the neighbor kid who demands to have his softball back when it lands in the middle of your shrub will make you question the wisdom of planting it in the first place.

Pruning shrubs takes work, which is something many people don’t even consider when they plant them. Books on pruning can be very technical, even intimidating. For that reason, I suspect some people don’t trim their bushes at all, feeling that rather than making matters worse, they’ll just leave well enough alone. (NOTE: Always wear protective eyewear when pruning shrubs.) I have learned that it doesn’t pay to be very dogmatic about rules.

A friend’s Forsythia was spreading wide and becoming a nuisance to mow and trim around. It was reaching out into their driveway, and backing out of their garage was becoming an issue. One day when frustration set in, her husband took matters in hand and pruned it with a chain saw. It looked so forlorn and miserable, like a pup that had been sheared way too short. Today her Forsythia looks far better than mine, so I guess “tough love” has its uses. 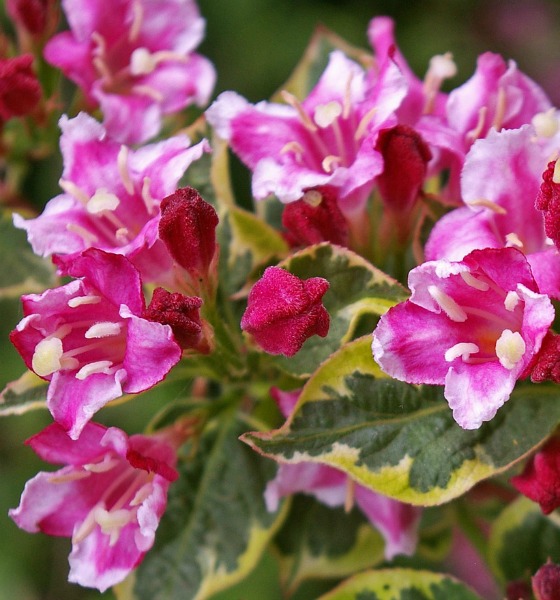 I plant shrubs for the added interest the blooms create in the landscape and to add the flowering sprays to bouquets. This is especially attractive when the leaves are a combination of green bordered in cream or gold. Choose carefully where you will plant something this large. Even perennials such as daylilies and peonies can develop a heavy top growth and root ball. When you finally realize you should have planted a shrub elsewhere, it’s like moving furniture to try to correct.

Years ago, I dug a Variegated Weigela bush out of the front yard where it was growing into the underground telephone wires, rolled it onto a tarp, and dragged it into the back yard to place it in the flower border I was so proud of. I soon realized I’d have to drag it right over the top of the peonies, so I pulled the bush clear around to the other side of the flower bed and into the pre-dug hole. I burned a lot of calories, but for all my efforts, the shrub just wasn’t happy in its new home and died a few years later. Losing plants to transplant shock can get very expensive over time. 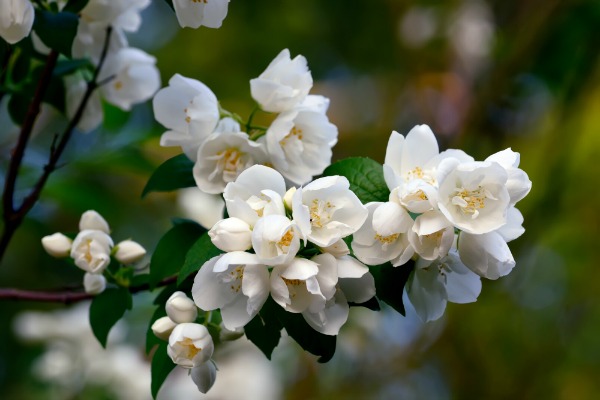 One of my favorite things in the world is the Mock Orange Bush. In season, it absolutely buries itself beneath white blossoms, and the orange scent meets me half way across the lawn. I wish I could keep the fragrance in a bottle so I could re-live Spring any time I want. Honeybees love it, too, and I can hear them humming from quite a distance away. (Sniff carefully!) These shrubs can easily grow 12 to 15 feet tall, depending on the variety you plant. I have heard there is a type of Mock Orange Bush that blooms in late Summer, which would extend the flowering shrub season for at least another 4 weeks.

Each year when the garden catalogs start to arrive, the flowering shrub section is one of the first places I head. It’s like a candy store. In spite of the work they create, they add so much color and dimension to a garden. I just could not do without them.