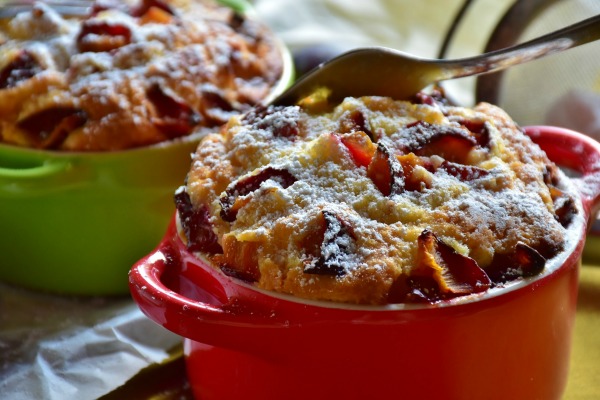 This Bread Pudding recipe has been in my family since 1938. We still make it. Yes, it’s just that good!

Over the years, my Mother’s recipe has been given a few variations by me:

I will give the original recipe first. Then the variations – – – which were actually experiments that worked. 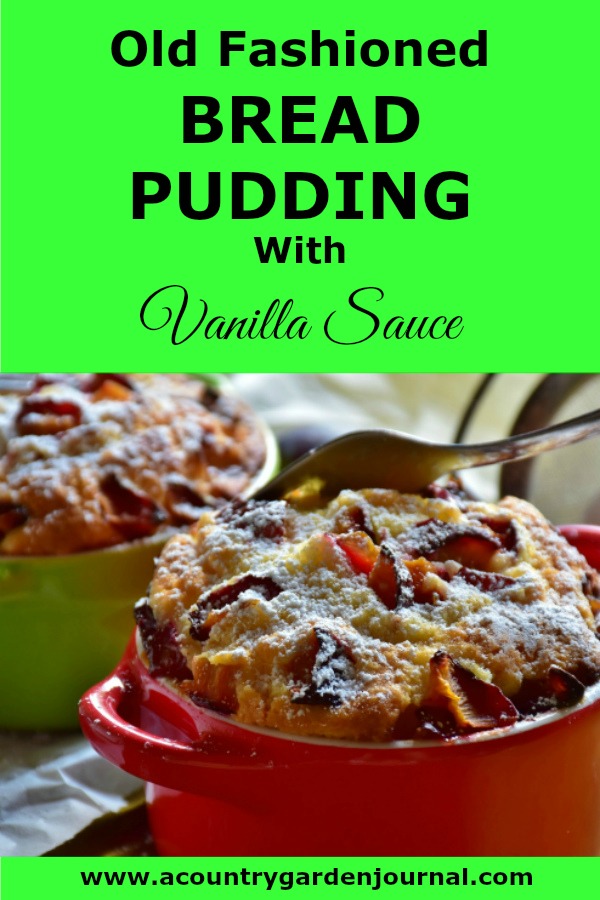 2 cups day old white bread crumbs or cubes (Trim off the crusts and throw them away.)

2 cups heavy cream (Use milk if you don’t have cream.)

Mix together the cream, sugar, eggs, cinnamon, vanilla, butter, and salt. Soak the bread crumbs in this custard mixture. (Be sure to put it in the refrigerator while soaking.) Add a little chopped citron, candied fruit, fresh fruit, dates, or raisins, if desired. Pour into a buttered baking dish. Bake at 350 degrees for 30 minutes or more, till firm.

The bake time will vary depending on the size and shape of the pan you use and the way your oven runs. We used an 8 inch by 8 inch pan with tall sides. You can put it in individual baking cups. Sometimes the ones we used were in different sizes. Use what you have, and just keep an eye on the pudding so it doesn’t burn.

Serve with Vanilla Sauce poured down into the middle of each serving of the pudding.

My favorite way to serve it is with a big scoop of vanilla ice cream. I have even been known to have this for breakfast!

Combine butter, sugar, and cream. Bring it to a boil. Cook for 5 to 8 minutes, stirring constantly, until thickened. Don’t let it burn. Remove from the fire, and stir in the vanilla. Serve warm over the Bread Pudding.

And as good as Vanilla Sauce is, some people prefer Caramel Sauce.

Combine all ingredients in a saucepan and cook over low heat. Stir constantly until thickened, syrupy, and smooth as silk.